Click here for the actual schedule (order and details) of this sale! 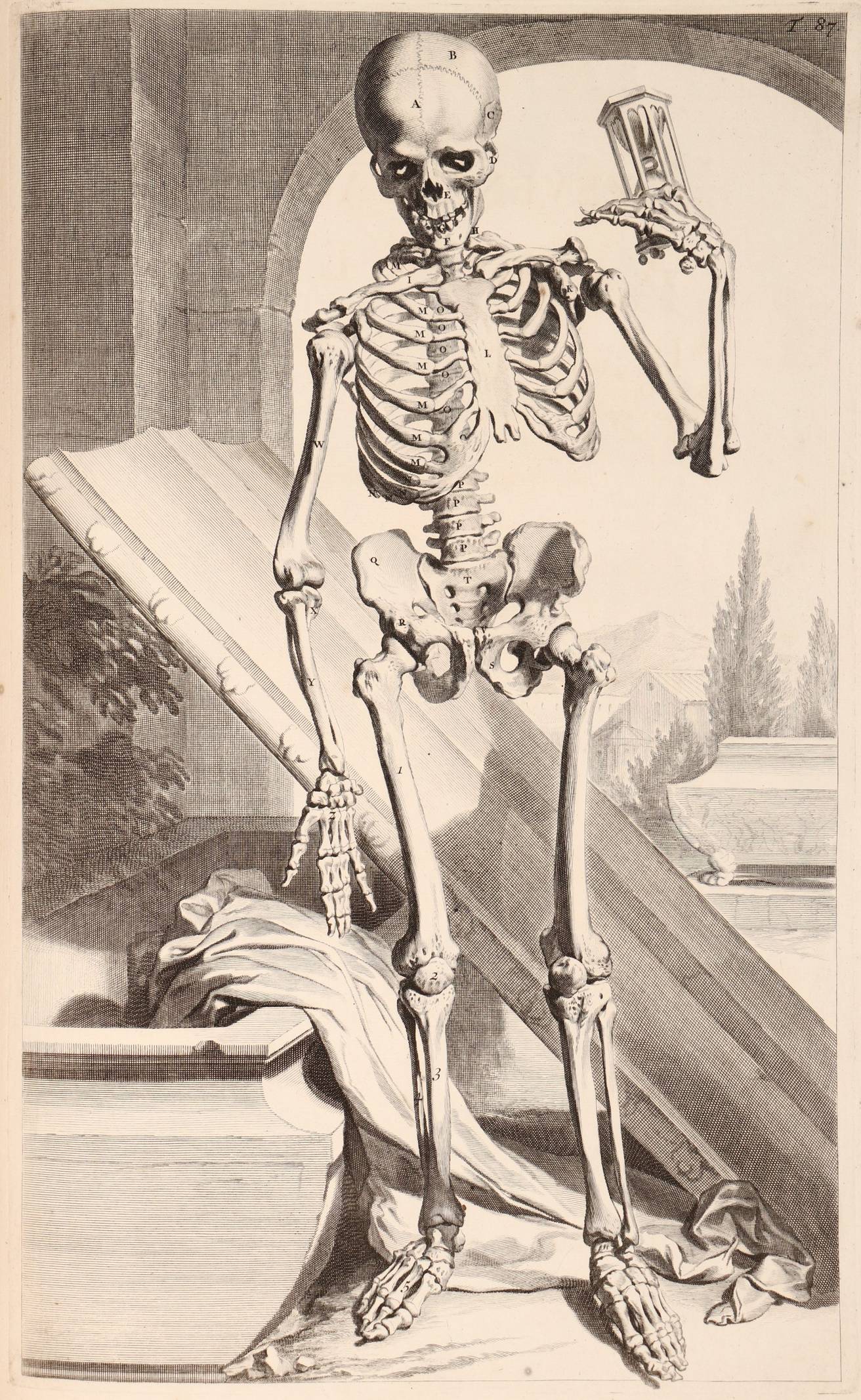 = The second Dutch edition, originally published in Latin in 1685 (Bibl. Walleriana 1039; Krivatsky 1239; Choulant p.93-95). This edition not in the usual bibliographies. Splendid baroque anatomical atlas. "For Lairesse, the anatomical illustrations Bidloo asked him to undertake were an occasion for an artistic meditation on anatomy: he displayed his figures in an emotional, almost tender manner, contrasting the raw dissected parts with the full, soft surfaces of uncut flesh, placing flayed, bound figures in ordinary nightclothes or bedding, setting ordinary household objects such as books, jars or cabinets in the same scene as cut-up torsos or limbs, and in one plate showing a fly crawling on an opened abdomen. His illustrations brought the qualities of Dutch still-life painting into anatomical illustration, and gave a new, darker spiritual expression to the significance of the act of dissection." (Norman Library no. 231); "These are masterpieces of Dutch baroque art. When William of Orange came to England in 1688, Bidloo was chosen to accompany him as his physician." (Garrison/ Morton 385 (Latin ed.)). SEE ILLUSTRATION PLATE XLVI.